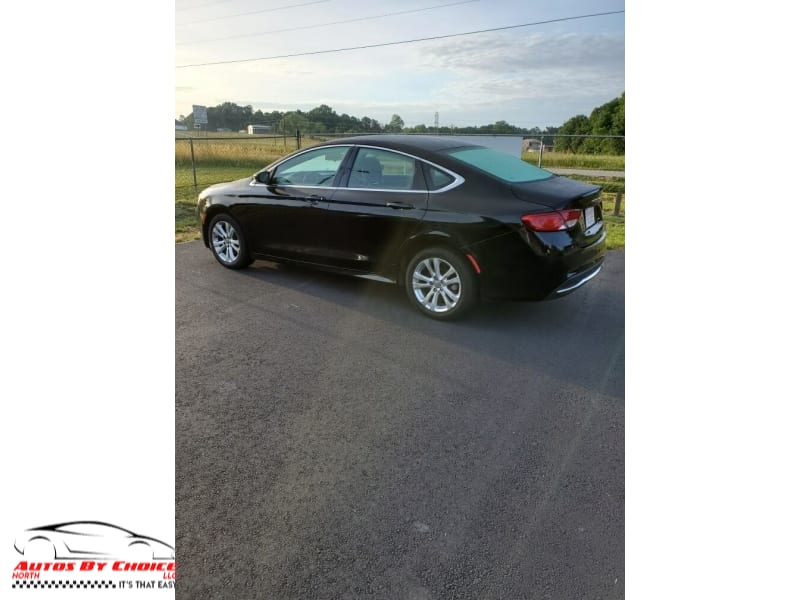 The 2015 Chrysler 200 sedan is completely redesigned. The 200 convertible has been discontinued.

With a more powerful base four-cylinder engine and a thoroughly overhauled interior, the midsize 2015 Chrysler 200 sedan has what it takes to fight for a spot in your driveway.

Although the redesigned 2015 Chrysler 200 isn't much different in size from last year's 200, you don't have to look at it very long to realize this is a radically different midsize sedan. The styling itself is quite striking for a car in this price range, and indeed it ushers in an all-new design language for the Chrysler brand. Inside, the cabin has been overhauled as well and features nicer materials and a slick new touchscreen electronics interface that's refreshingly easy to use. In addition, new safety features like blind-spot monitoring and forward collision warning systems put the 2015 200 on more equal footing with the leaders in this class. If the upgrades on the 2015 Chrysler 200 stopped right here, it would still represent a major improvement over last year's 200 sedan. But the changes underneath are even more transformative.

For 2015, the 200 has adopted a slightly enlarged version of the platform architecture already used for the Dodge Dart and Jeep Cherokee. It's a more structurally rigid foundation than before and it contributes to a quieter, more refined ride quality. Handling is also impressive for a car in this class. Even better, Chrysler's midsize sedan gets an upgraded 184-horsepower four-cylinder engine that offers competitive performance for this class -- not something we could say about the four-cylinder in the previous-generation 200. However, Chrysler still offers an optional V6 as well. With 295 hp, it's among the most powerful engines available in this class. Fuel economy numbers are respectable as well, bolstered in large part by a new nine-speed automatic transmission. This year's 200 also gains the option of all-wheel drive on V6 models, a plus if you're looking for a little extra capability in wintry conditions.

One thing that didn't really change in this redesign is usable interior room. There's just enough legroom for a 6-footer to sit in the backseat. That should be fine for most owners, but it is something to be aware of. And up front, the 2015 Chrysler 200 offers less hiproom than most competitors, so if you have a larger frame, you may find it rather snug. Furthermore, the sweeping roof pillars can inhibit outward visibility somewhat. It's not terrible but still not as unimpeded as rivals with more upright designs.

The 2015 Chrysler 200 comes standard with antilock brakes, traction and stability control, front side airbags, side curtain airbags and driver and front-passenger knee airbags. A rearview camera is optional on Limited and S models and standard on the C.

During Edmunds testing, a 200S AWD came to a stop from 60 mph in 119 feet, a bit better than average for this segment. However, a four-cylinder 200 Limited required a longer 129 feet.

If you're looking for more advanced safety tech, a blind spot warning system with rear cross-traffic alerts is optional on S and C models only. On the C, it's part of the SafetyTec package, which also includes lane departure warning and keeping assist and a forward collision warning system that can automatically initiate braking if the driver doesn't react to an impending collision situation. 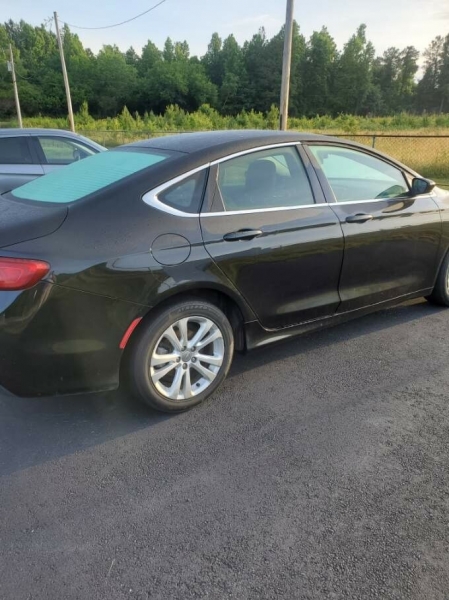 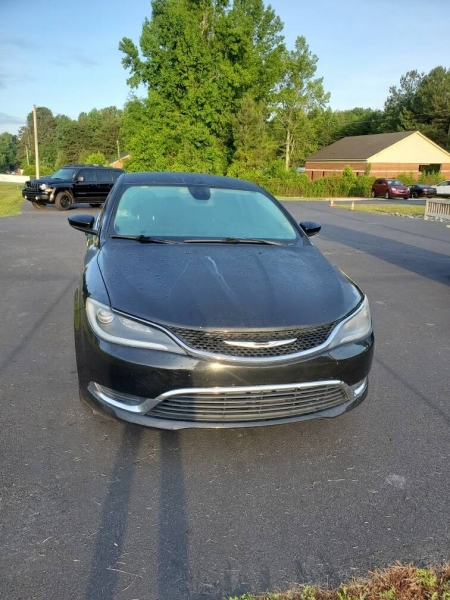 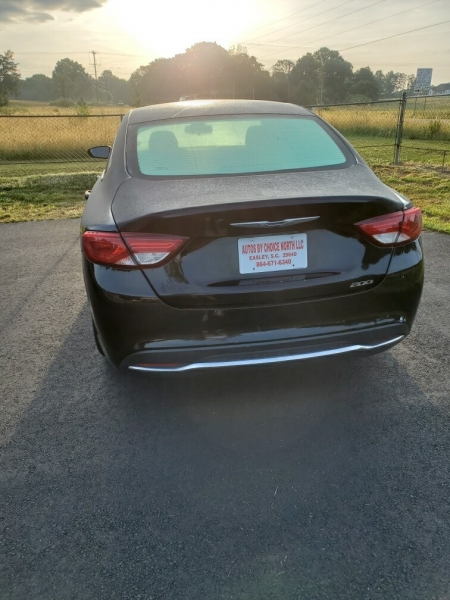 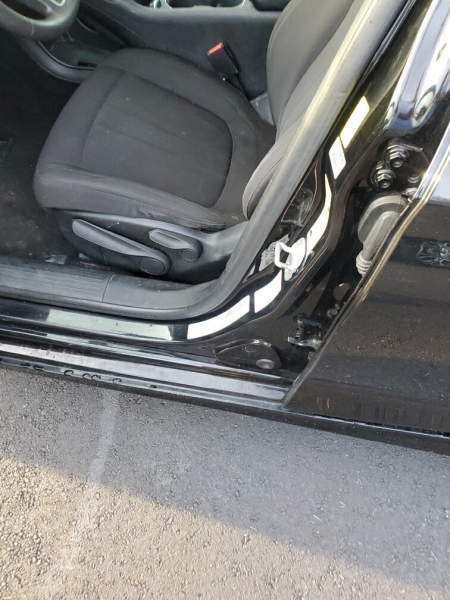 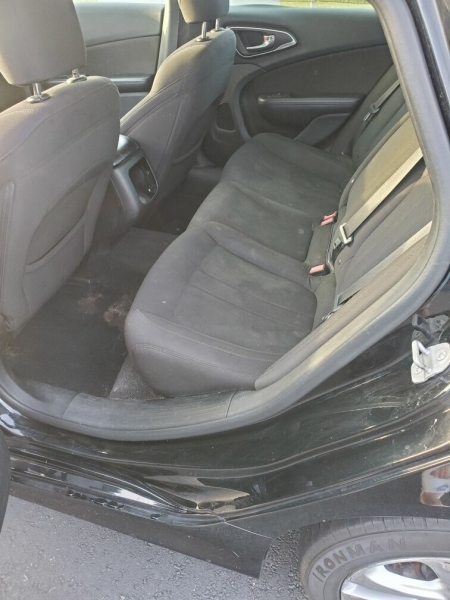 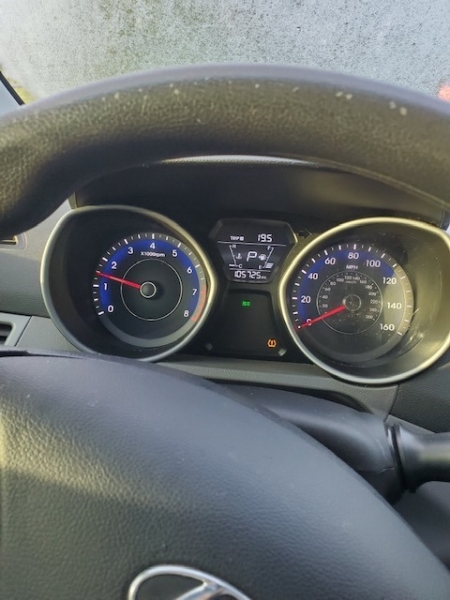 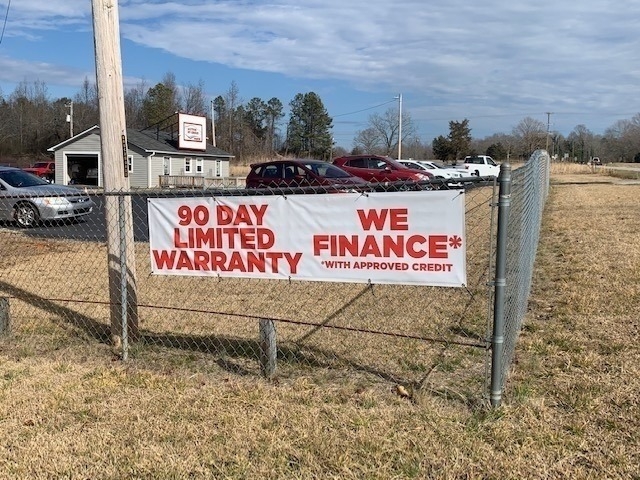