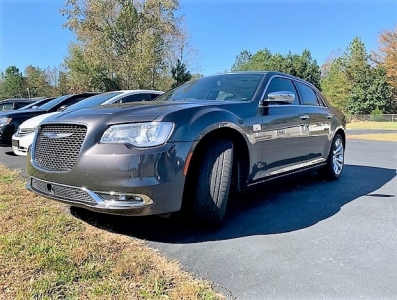 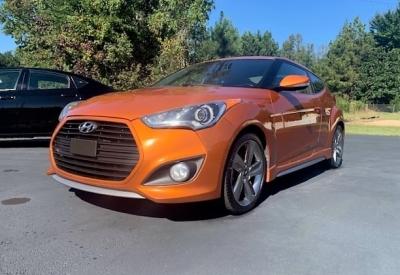 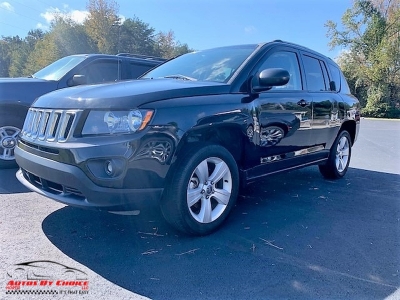 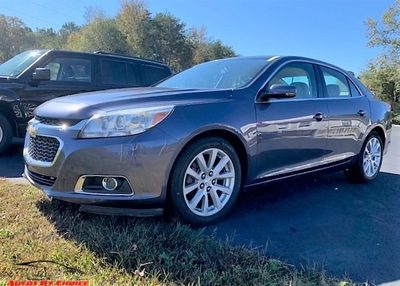 "A Classy Car On A Budget" 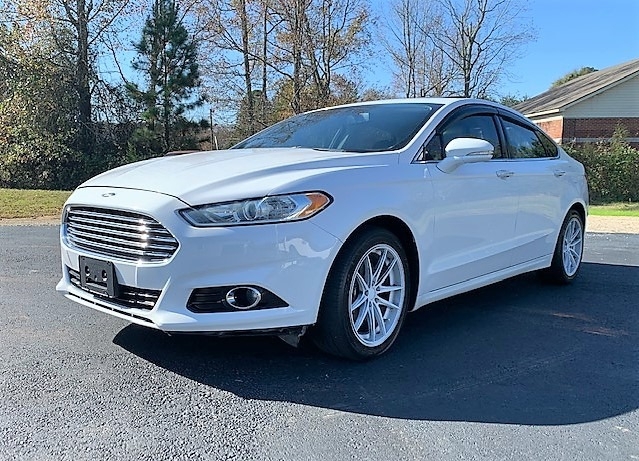 With solid power, excellent fuel economy, distinctive styling and a huge array of tech features, the 2016 Ford Fusion is a great choice for a midsize sedan.

When it was completely redesigned three years ago, the Ford Fusion sprinted from the middle of the pack to front-runner status in the super competitive midsize sedan segment. As a testament to just how right Ford got this car, there have been only minor changes since then, yet the 2016 Ford Fusion remains one of our top picks.

Strengths include handsome styling, refined ride and handling characteristics, a quiet cabin and a peppy yet fuel-efficient engine lineup. Two of the Fusion's available engines are turbocharged. Go with the 1.5-liter four-cylinder engine for maximum fuel economy or the 2.0-liter for robust acceleration. All-wheel drive is also available, which is a rarity for this class of car.

There are also enough high-tech luxury and safety features to please a lifetime subscriber to Wired magazine. The Fusion can be had with everything from adaptive cruise control to automatic parallel parking. There's also the MyFord Touch electronics interface, which governs various audio, climate, navigation and phone tasks. While it's occasionally tricky to use, it offers useful customization options and voice control functionality.

Still, Ford isn't the only automaker that knows how to build a midsize sedan that combines stylish design, high-tech features and strong fuel economy. Efficiency has long been a leading attribute for the Honda Accord, a brilliantly executed sedan in almost every sense, even if it's not quite as handsome as the Fusion. Hyundai's recently redesigned and well-regarded Sonata presents a great value. The well-rounded Nissan Altima and popular Toyota Camry are other midsize sedan favorites. Overall, though, the 2016 Ford Fusion is right there at the top with its abundance of practicality, technology and style.

The 2016 Ford Fusion is a four-door, five-passenger midsize sedan available in three trim levels: S, SE and Titanium. There are also hybrid and plug-in hybrid (known as the Fusion Energi) versions, which are covered in separate reviews.

The 2016 Ford Fusion comes standard with antilock disc brakes, traction and stability control, front-seat side airbags, front knee airbags and side curtain airbags. The Ford Sync system includes an emergency crash-notification feature that automatically dials 911 when paired with a compatible cell phone. Also standard is Ford's MyKey, which can be used to set certain parameters for secondary drivers such as teens or valets.

In Edmunds brake testing, a Fusion Titanium stopped from 60 mph in 123 feet, an average distance for this class of car.

The government gave the Fusion five out of five stars for overall crash protection, with five stars for total frontal protection and four stars for total side-impact protection. The Insurance Institute for Highway Safety gave the Fusion the highest possible rating of "Good" in its moderate-overlap frontal-offset, side-impact and roof strength crash tests. In the small-overlap frontal-offset test, the Fusion earned a second-best rating of "Acceptable." Its head restraints and seatbelts earned a "Good" rating for their whiplash protection in rear impacts. 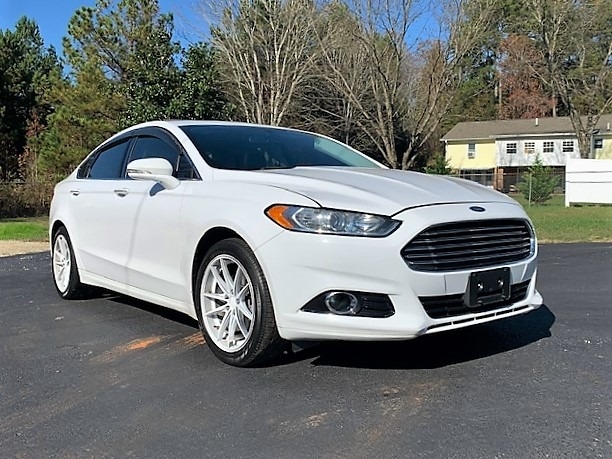 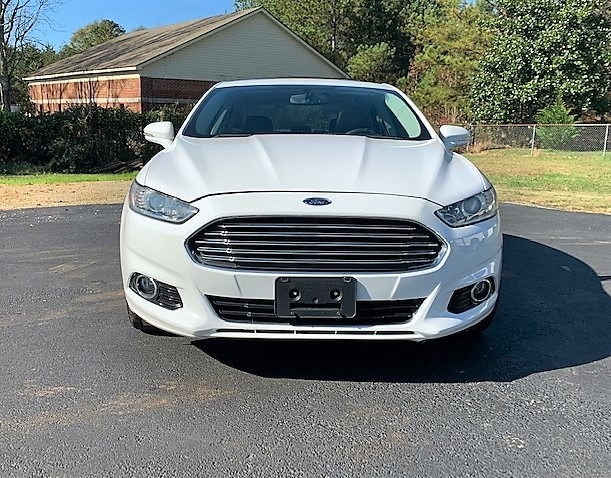 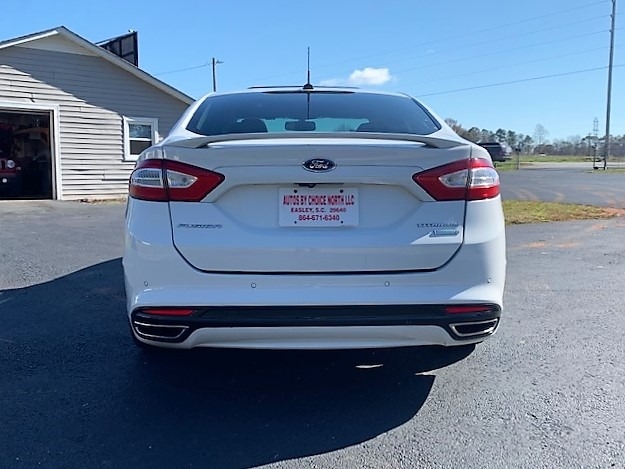 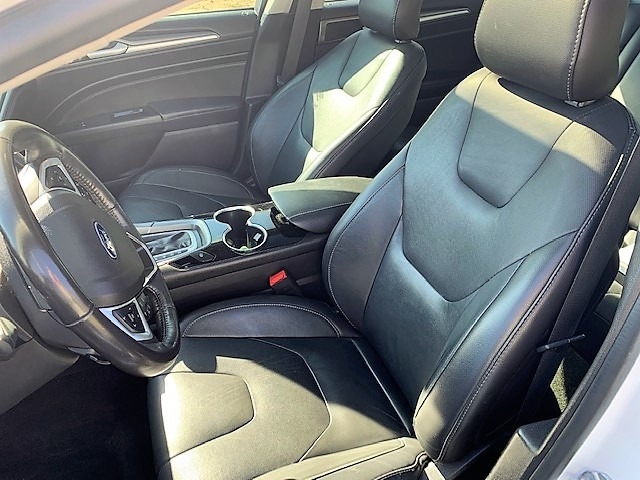 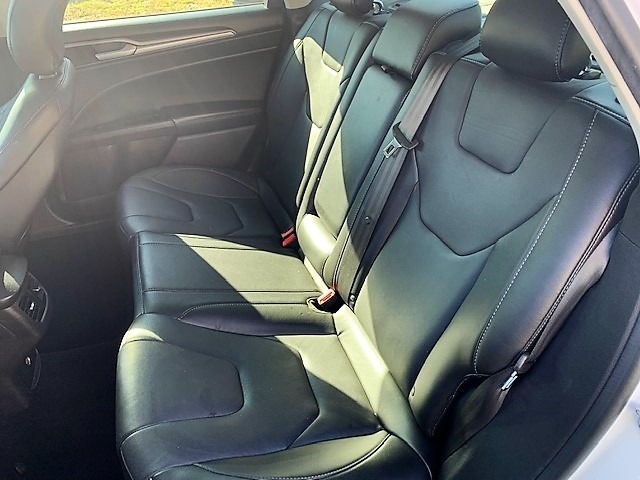 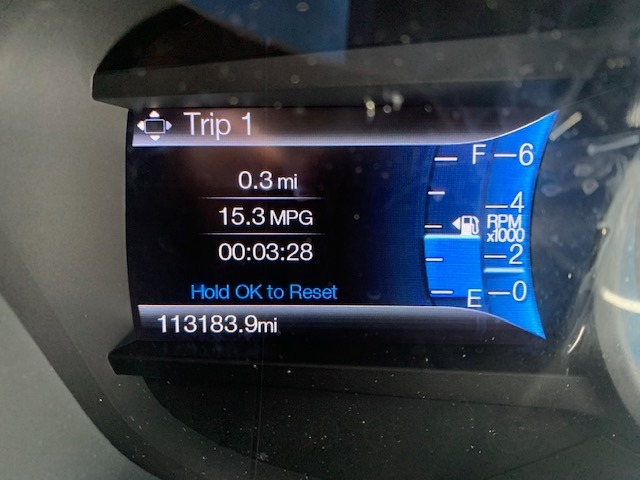